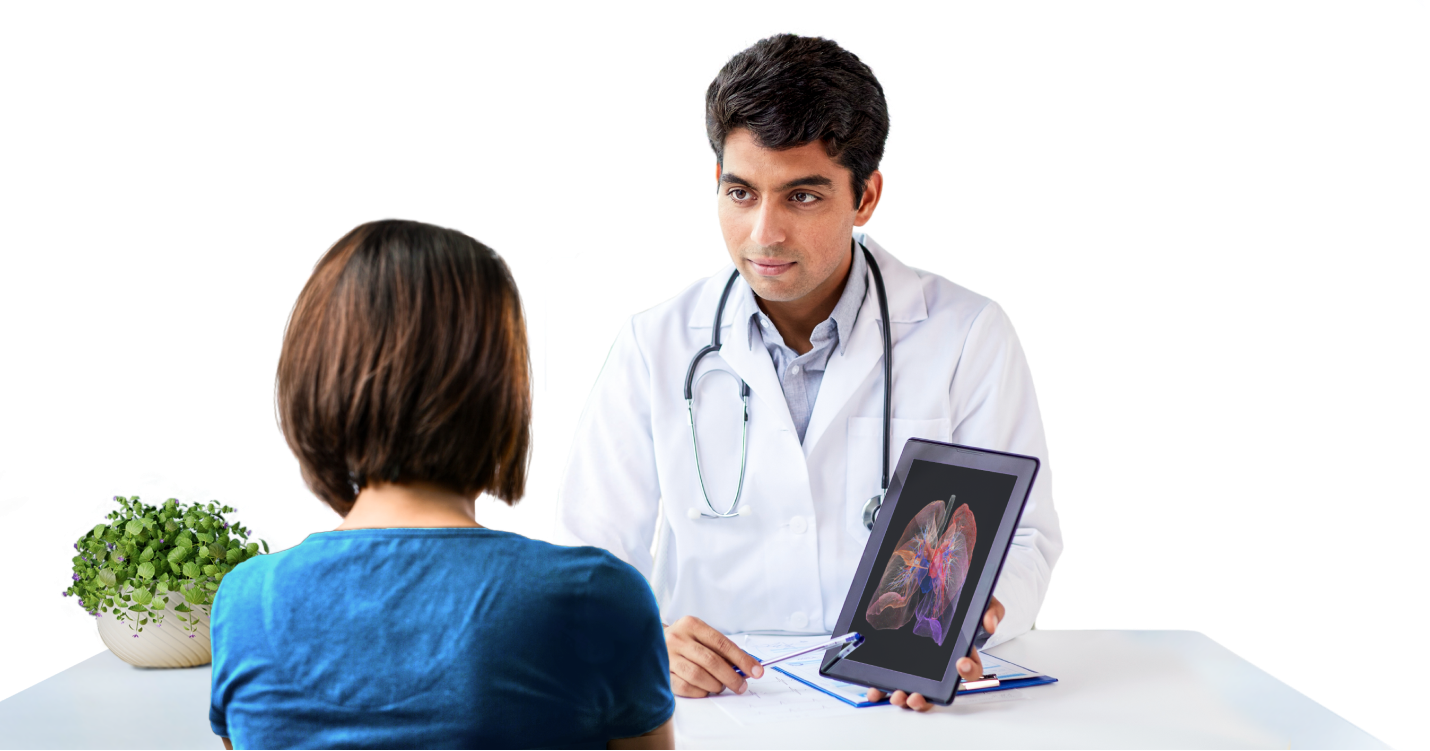 We screen for cancers and lifestyle diseases

Learn more about your health and how our technology can help 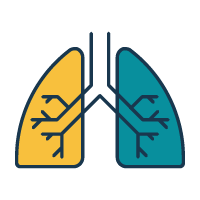 Signs and symptoms of lung cancer typically occur when the disease is in an advanced stage. It is the most common cancer In India and is the leading cause of cancer-related mortality in men.

Currently, a CT scan (computerized tomography scan) is the only way of detecting early-stage lung cancer. A CT scan uses many sequential X-ray images taken from various angles around your body and processes it to create detailed cross-sectional images (slices) of the body part.

Chronic obstructive pulmonary disease (COPD) is an inflammatory lung disease that obstructs airflow from the lungs. Its symptoms include breathing difficulty, cough, mucus (sputum) production and wheezing. Existing lung conditions such as emphysema and chronic bronchitis are the two most common contributors to COPD. Emphysema involves damages to the lungs over time. The alveoli, tiny air sacs in the lungs, are damaged because of cigarette smoke or other irritating gases and particulate matter. Chronic bronchitis involves a long-term cough with mucus. COPD symptoms often don't appear until significant lung damage has occurred, and they usually worsen over time, particularly if smoking exposure continues. India has the highest number of COPD cases and related deaths in the world. After heart diseases, it is the second most common cause of death in the country. People affected with COPD are at an increased risk for developing heart disease, lung cancer and a variety of other conditions. However, it is preventable if found early. With proper management, most people are able to control its symptoms, as well as reduce risk of other associated conditions.

Laryngeal cancer staging is complicated because it depends on if cancer started in the supraglottis, glottis or subglottis. Each have specific descriptions.

There is evidence that suggests that COPD is under diagnosed in India, partly because diagnosis is based on symptoms (for which people are often late in seeking help) A CT Scan can identify LAA% (Low Attenuation Area) as COPD identification with the Goddard score which is a global standard system.